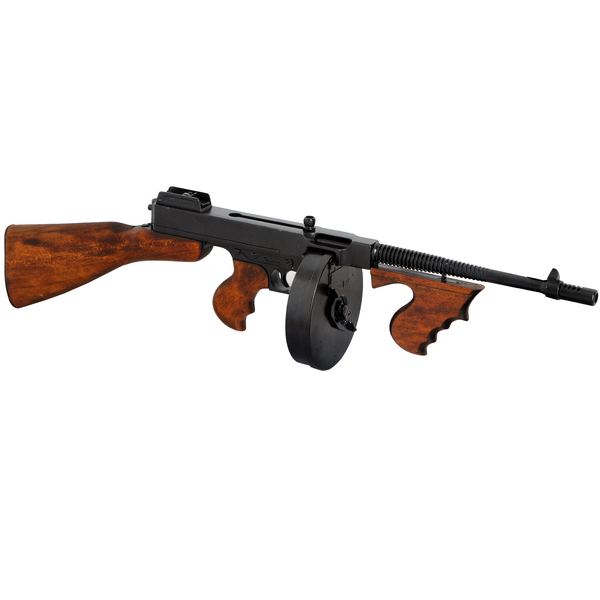 This is a replica of an M1 Gangsters Sub Machine Gun. The M1928 automatic submachine gun designed by John Taliaferro Thompson in 1918 was adopted in 1938 by the United States Armed Forces serving during World War II and later in the Korean War as well as in early instances of the Vietnam War. It was the favorite of soldiers, criminals, police and civilians for their ergonomics, compact size, reliability, and high firing rate in automatic mode. It acquired bad reputation during the time of Prohibition or "dry law" in the United States (1920-1933). It appeared normally in the media of that period, due it was the weapon preferred by the gangsters. Its nicknames were "Trench Broom", "Trench Sweeper", "Chicago Typewriter", "Chicago Piano", "Chicago Style" or "The Chopper". Since then it has gained popularity among collectors because of its historical importance 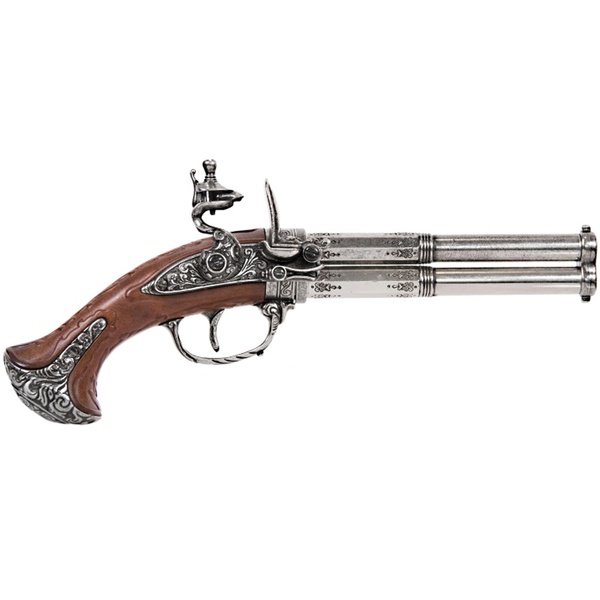 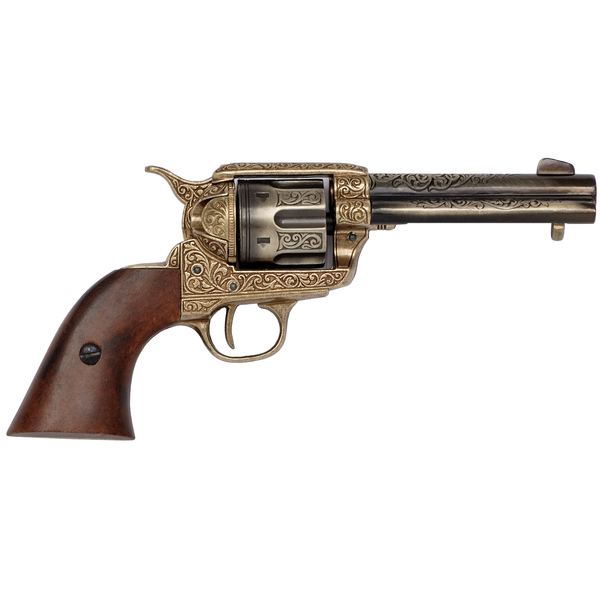