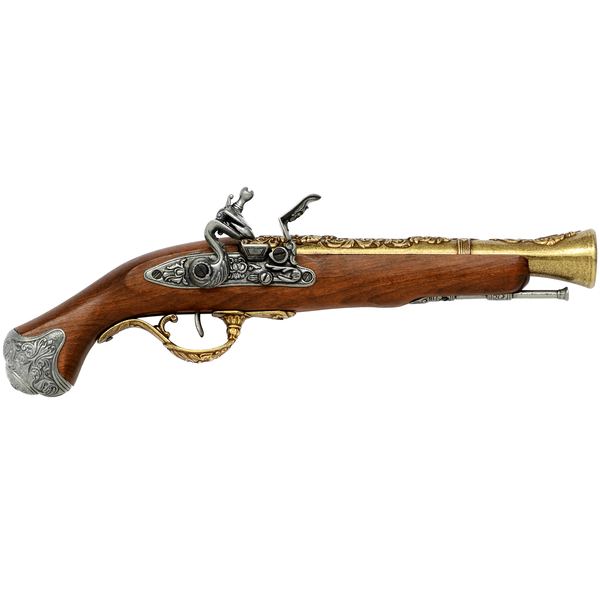 Item G1219 in pistolised form, this is a replica of a London Blunderbuss Pistol from the 18th Century made from wood and metal. This particular one features brass and silver ornate detailing making it a piece of artwork in itself that would be perfect as an accessory for a fancy dress costume or cosplay. The flintlock pistols had the blistering of a flint or flint stone, which when the hammer was triggered, it produced the spark that ignited the gun powder. All these pistols required the manual recharge of their ammunition after each shot. These pistols were used as self-defense weapons until the middle of the 19th century. Their effective range was short and often they were used as a complement to a sword or knife. Flintlock pistols were prone to many problems compared to modern weapons, due to moisture or accidental shots. In combat, usually these weapons were used for a single shot, since the method of reloading was very slow and it was not usually time enough to recharge. Therefore the fighters after firing were forced to draw their sabers or swords or to use the pistol as a blackjack, since the circumstances did not allow to recharge them in time. 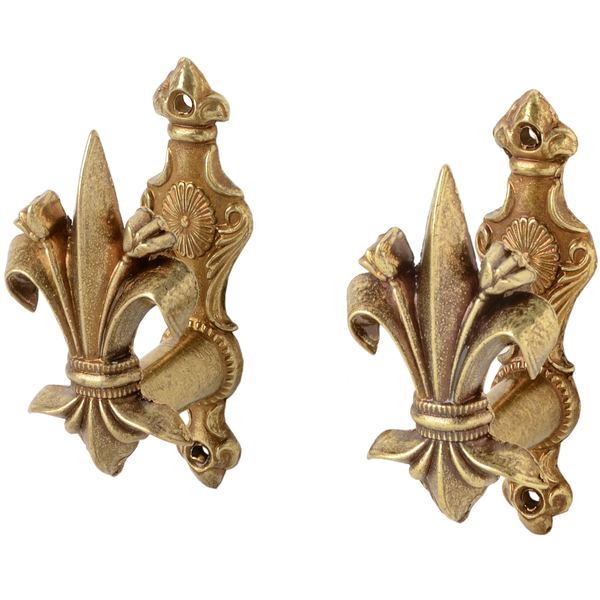 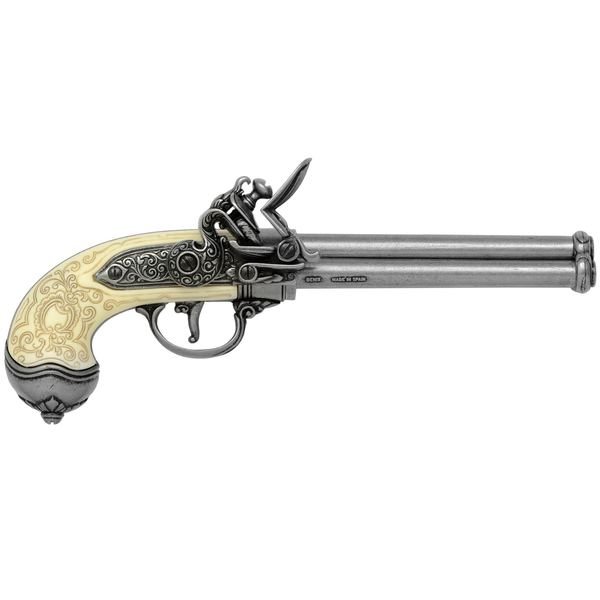