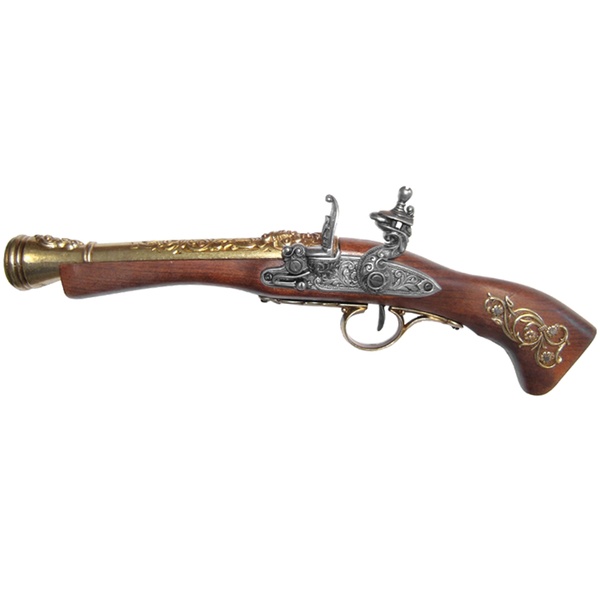 This is a replica of the flintlock blunderbuss from the 18th century which is made from metal and wood, it has been designed for left handed use. If you have an interest in the pirates in the 18th Century then this is definitely one for you! Blunderbusses were typically short with a barrel less than 60cm in length. All of these blunderbusses required the manual recharge of their ammunition, which was inserted through the mouth of the barrel after each shot. This was often used by pirates in the eighteenth century, the blunderbuss was very imprecise but was useful in during naval battles where combat was at a short distance. 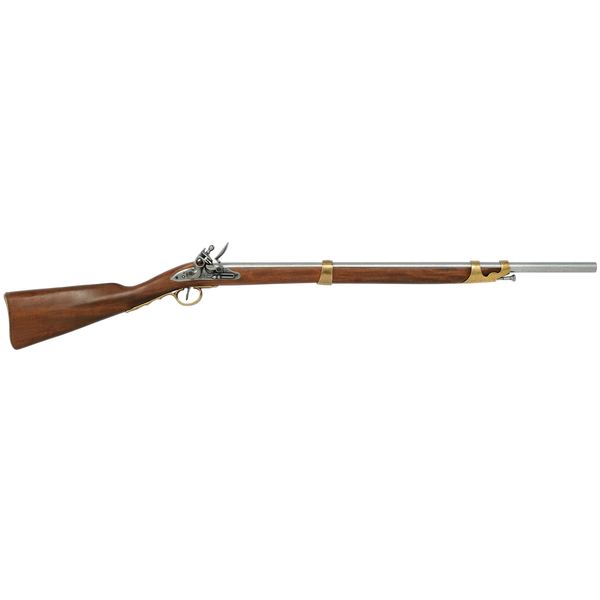 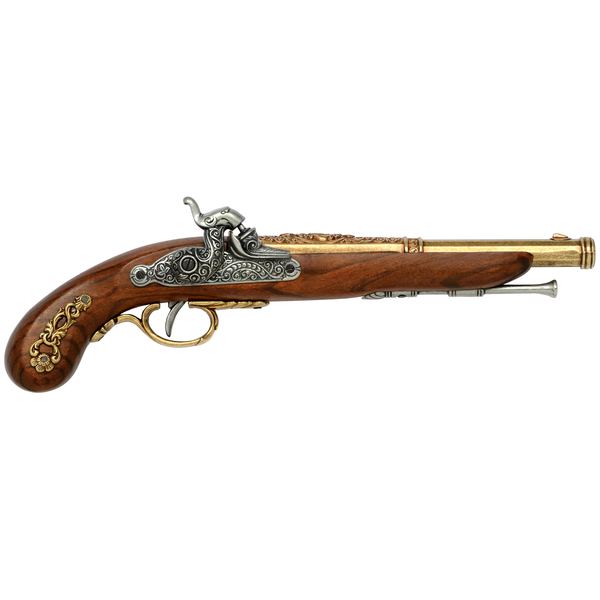 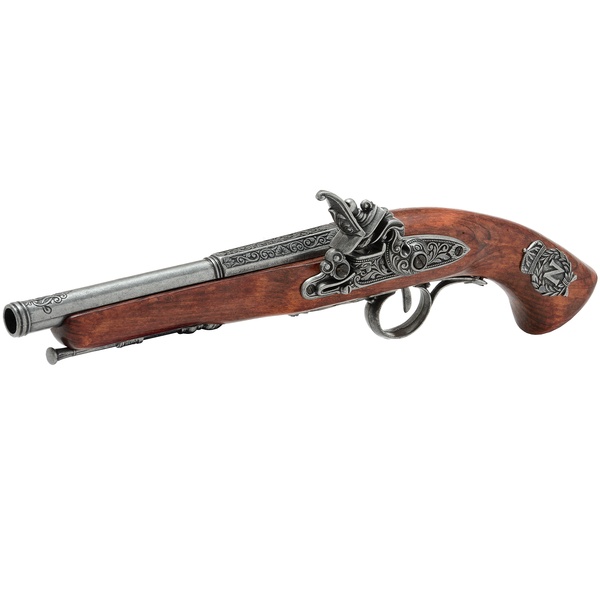 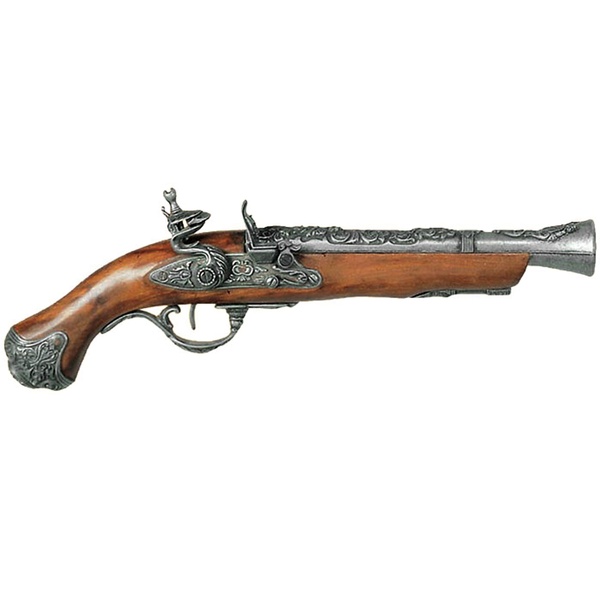